Skip to content
About
/
Is your dog’s mouth cleaner than yours? I think not! 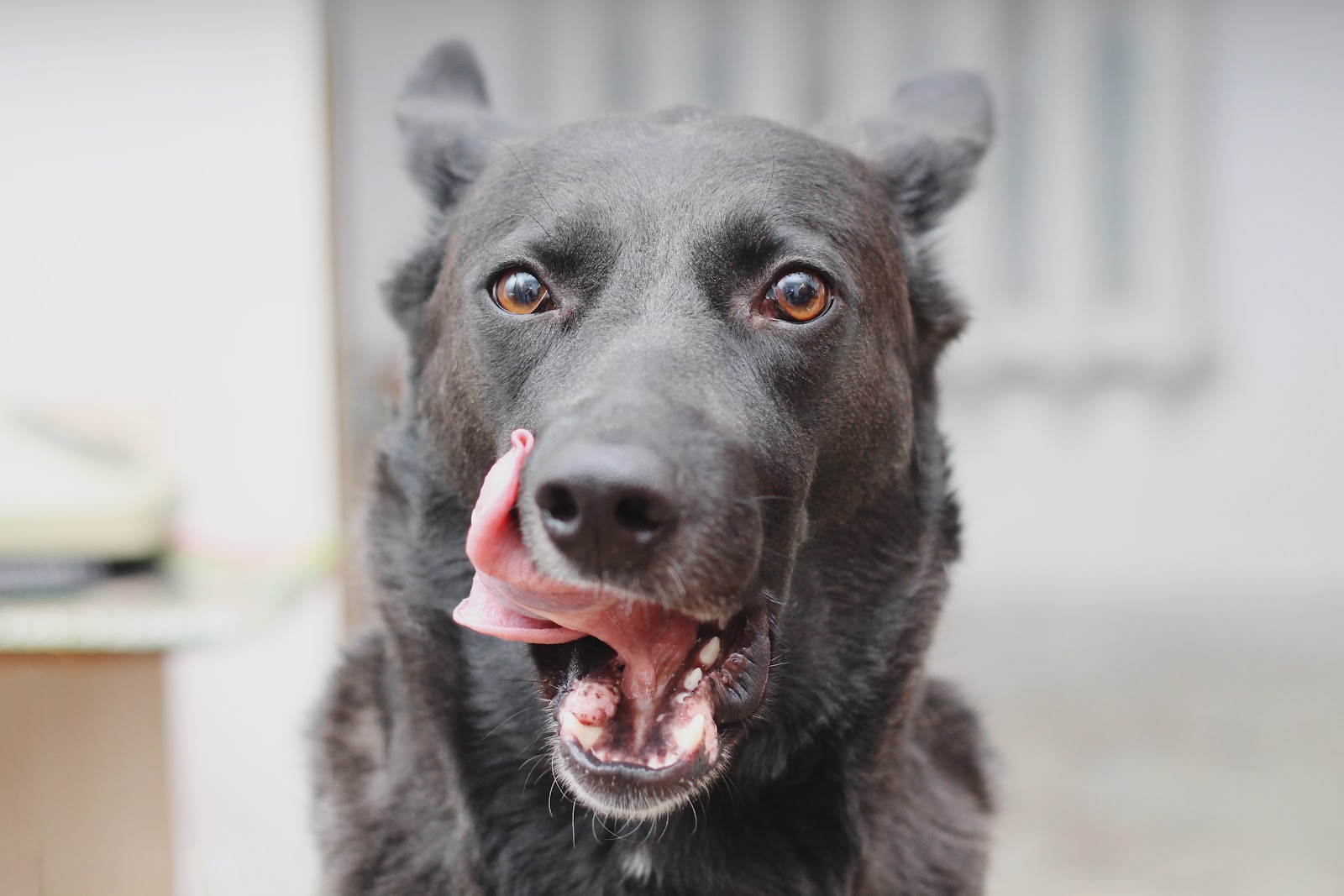 A dog licks its lips. Photo by Taya Ovod | Shutterstock

Perhaps you’ve heard the old saying that a dog’s mouth is cleaner than a human’s mouth, or perhaps you haven’t, and you’re thinking, “Wait, there are people out there who think dogs’ mouths are clean?”

Yes, there are people who think dogs’ mouths are clean and I am one of them. Chalk it up to wishful thinking. I like to believe that when my dog runs up to me and slobbers all over my face that somehow her magic mouth was able to destroy whatever germs she licked off her butt earlier that day.

While a huge part of me didn’t want to find out that that’s not true, I felt it was time to face the facts, or in other words, the bacteria.

According to the American Kennel Club, dogs’ mouths contain over 600 different species of oral bacteria. Gross right? Yeah, except the American Society for Microbiology determined that

humans’ mouths contain over 615 different species of oral bacteria. So whose mouths are cleaner? It’s hard to tell. The bacteria native to humans’ versus dogs’ mouths are very different. According to a study by Floyd Dewhirst, a bacterial geneticist at the Forsyth Institute and professor of oral medicine at Harvard, there’s only about 15% overlap between the species of bacteria in dogs’ mouths and humans’ mouths.

In a National Geographic article, Dewhirst points out that this may be because dogs and humans have evolved to eat different diets. Humans eat a lot of sugar, so our mouths are filled with streptococcal bacteria, which can break down those sugars. Dogs occasionally eat their own poop, so their mouths contain different bacteria.

The good news is most germs in a dog’s mouth aren’t zoonotic, meaning that few diseases are transferred between dogs and humans orally. So while dogs’ mouths aren’t necessarily clean, they’re not typically dangerous.

However, it’s important to note that problems can arise when bacteria from a dog’s mouth enters a human’s bloodstream. For example, Capnocytophaga Canimorsus, a bacteria commonly found in dogs’ mouths, can prove deadly for humans. A quick Google search of “Capnocytophaga Canimorsus amputation” should be enough to deter you from allowing your dog to lick your wounds.

Moral of the story: No, a dog’s mouth isn’t cleaner than a human’s. However, kisses from your dog usually won’t harm you if your immune system is strong (infants and elders should be a bit more careful). You should definitely prevent your dog from licking your wounds, or causing them! Research shows that most diseases transferred from dog to human occur from dog bites. Better make sure you have a good trainer!

Burke, Anna. (2017). Is a Dog’s Mouth Cleaner than a Human’s Mouth?. Retrieved from https://www.akc.org/expert-advice/health/is-dogs-mouth-cleaner-than-humans/