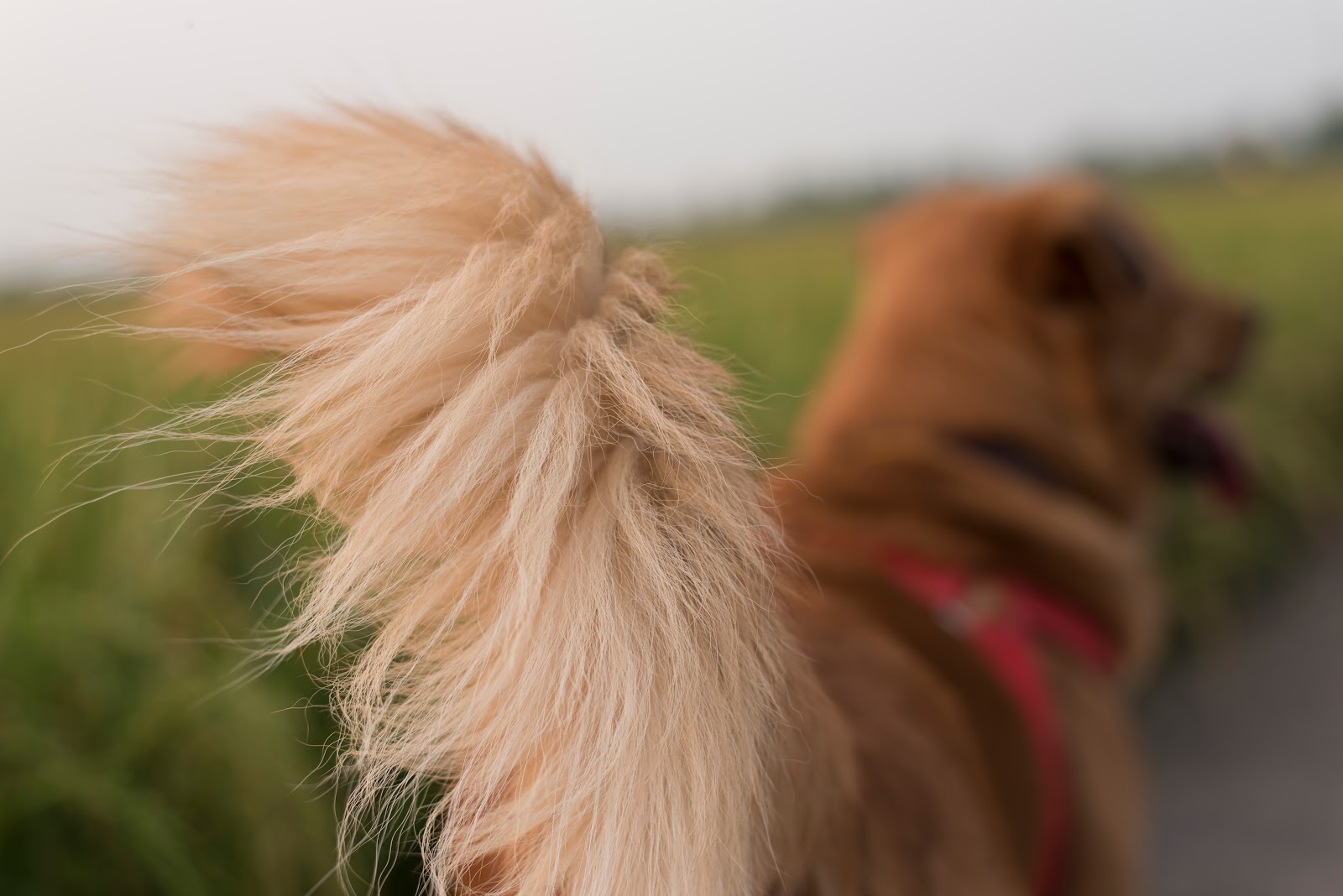 Every time I return home, I find my dog waiting for me at the front door wagging her tail so vigorously her entire body sways from side to side. She pays no mind to whatever obstructs its path, constantly knocking over anything and everything. Her tail is crooked from repeatedly thwacking it against the walls of my house.

I always assumed her tail wagging just meant she was happy, but it turns out it’s actually a lot more complicated. Dogs’ tails speak their own language, and learning it is critical to understanding what your dog is trying to communicate.

A wagging tail can be associated with feelings of happiness and friendliness, but according to Stanley Coren PhD., DSc, FRSC a wagging tail can also signify a social challenge or warning. So, how can I tell whether my dog is happy to see me or about to fight me? It’s all in the wag.

Dr. Coren likens a dog’s tail wagging to a human’s smiling. We smile in so many different ways for so many different reasons, ranging from the awkward half smile we give to strangers we make eye contact with as they pass us on the sidewalk, to the ear to ear smile that spreads across our faces when the waitress finally brings our meal.

A dog crouches in the grass with its tail up in the air. Photo by Mary Swift | Shutterstock 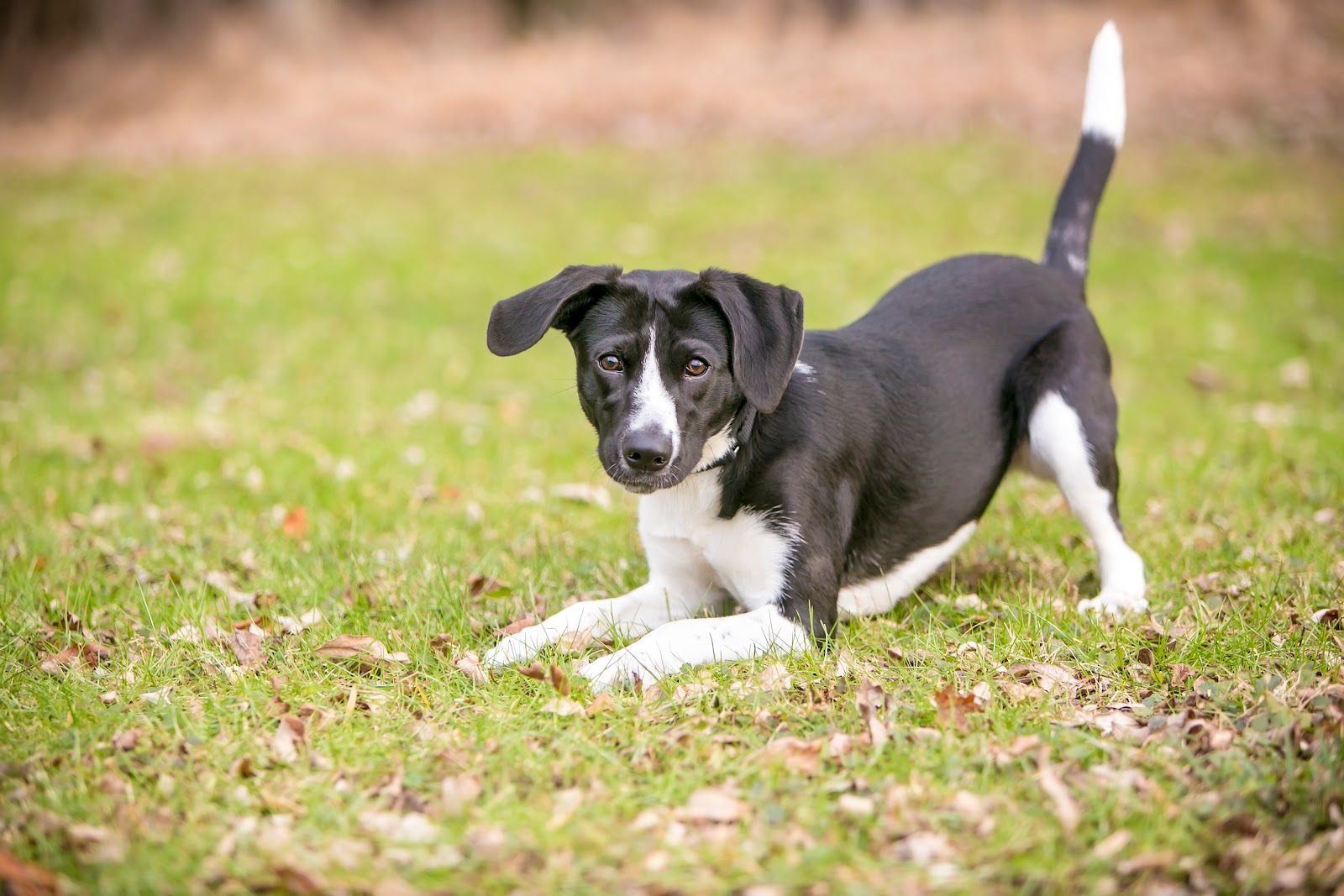 When attempting to translate the language of a dog’s tail, we need to look at the tail’s position, pattern of movement, and which side of the body it favors.

The position of the tail refers to the height at which it is held. A higher held tail indicates a more threatening message, whereas a lower held tail indicates submission, worry or potentially illness. A tail held at mid-height is more neutral or relaxed, but if it’s held horizontally then the dog might be attentive or alert.

The pattern of movement refers to the speed of the wag and the breadth of its movement. A short breadth indicates a tentative feeling, while a large, broad wag -sometimes bringing the hips with it- indicates pleasure (so my dog IS happy to see me!). A slow wag can indicate insecurity, while a fast wag (especially if the tail appears to be vibrating) can indicate a threat. Lastly and most recently discovered, determining which side of the dogs’ body the tail favors as it wags also reveals a lot about how the dog is feeling. Giorgio Vallortigara, a neuroscientist, and two veterinarians, Angelo Quaranta and Marcello Siniscalchi, published a paper describing this phenomenon in the journal Current Biology. Researchers discovered that the 30 mixed breeds of dogs they studied tended to wag their tails more vigorously to the dog’s right when presented with a stimulus that made them react positively (their owner) and more to its left when presented with a stimulus that made them react negatively (a more dominant, aggressive, and unfamiliar dog). Note: the left and right we’re referring to are from the perspective of the dog.

So, while wagging its tail could indicate that your dog is feeling happy, it could also be communicating a plethora of other feelings. If the dog’s hips are swaying and the tail favors the right side of its body, you can be sure your pup is happy to see you!